I just read “the library of babel” last night ( http://jubal.westnet.com/hyperdiscordia/library_of_babel.html ) and this morning saw these beautiful images. I remember when I was a child I saw “Beauty and the Beast”, after seeing the scene where the Beast reveals his library to her…I’ve always wanted to see a library like this…do you think things would be different if libraries were still made like this? 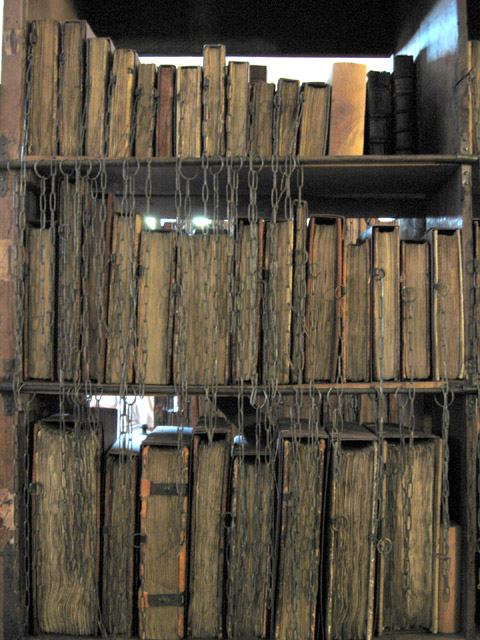 “Their name is execrated, but those who deplore the “treasures” destroyed by this frenzy neglect two notable facts. One: the Library is so enormous that any reduction of human origin is infinitesimal. The other: every copy is unique, irreplaceable, but (since the Library is total) there are always several hundred thousand imperfect facsimiles: works which differ only in a letter or a comma. Counter to general opinion, I venture to suppose that the consequences of the Purifiers’ depredations have been exaggerated by the horror these fanatics produced. They were urged on by the delirium of trying to reach the books in the Crimson Hexagon: books whose format is smaller than usual, all-powerful, illustrated and magical.” –  Jorge Luis Borges, The  Library of Babel

So far, things have been moving along…slowly but still moving none the less. Still a lot to do, thankfully I have extra time! I love the rich texture of the seats and how quiet it is in the back! As you can see I stopped the clock at 10:17…for added omnipresence. Orginal radio installed over the weekend! speakers through the front and back, original as well! Still on the search for an actor! 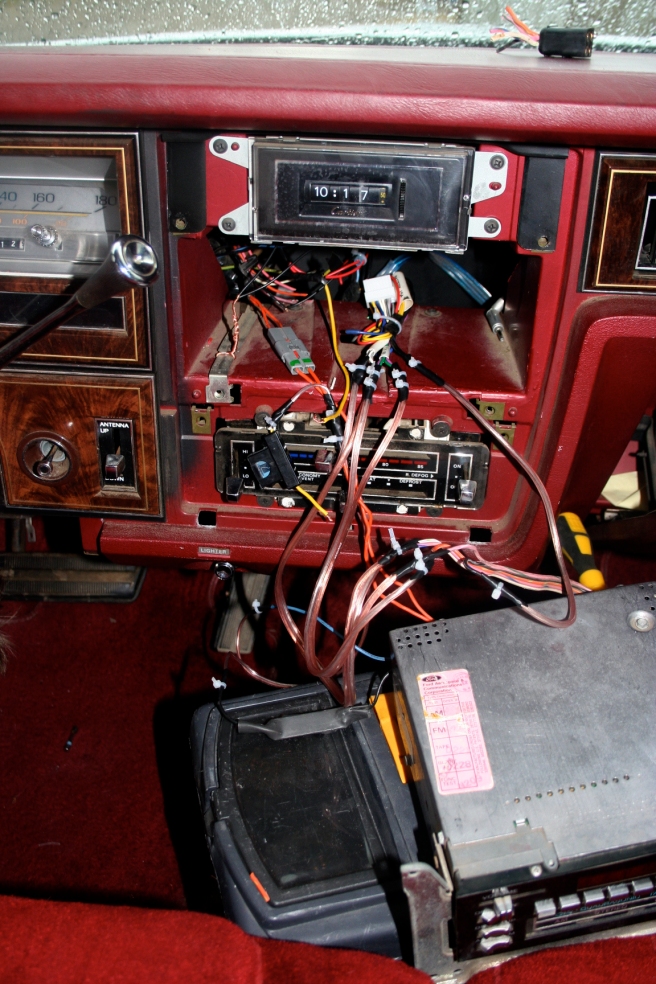 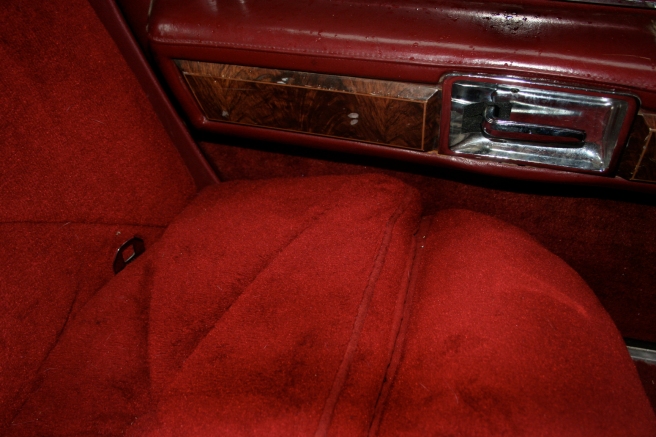 Last night I was driving home and I noticed the message on a sign by a near-by church “God is the potter, we are only clay”….this has really been bothering me. Now, without trying to sound like the she-devil, I’d just like to say that I find this metaphor not only illogical, but also irresponsible for the following reasons.
1. Last week while walking to the LRT, a man a couple people in front of me fell down the steps, losing his shoes, bag, and dislocating his shoulder. Absolutely nobody other then me stopped to help him or see if he was all right. Every other person (and it was pretty busy) was completely passive, thinking “Someone else will help him.” We can see this passivity everywhere, people litter because “someone else will pick it up.” People just don’t care about things because “someone else will care.”
“Passivity is bred by the forces of society today. A desire to be entertained is nurtured from childhood, with increasing efficiency, cultivating generations willing to be led by whoever proves skillful at appealing to superficial emotions.”…. – The Universal House of Justice 2010
I find myself “stepping in” often, perhaps too often at times…(I try not to be as exhausting as Barbara in “The Way we Were”) but I find this world and its people frustrating. It’s so popular to negate yourself as being shallow, materialistic and passive.
2. Passivity versus Conviction. Although I harbor myself in the grey areas of absolutism, I strongly believe in the ability to form the skills to negate one’s own opinions and path. To argue this point in the same domain, I believe that God would want us to hold an empowered understanding his reign. As a religious person is never condoned to shame or passively misplace their faith…would God therefore not want a true believer instead of a complacent lump of thoughtless clay?
3. To go against all that I was saying, people aren’t that insipid and terrible. Don’t they deserve a little credit towards themselves? Has the world fallen to pieces through secularization? No, it’s as good-bad as ever. Perhaps giving our true heroes credit as being a regular person who made the right decision will empower others to do the same.
4. Really? You mean I can’t clone myself or jot down to the nearest sperm bank? And if a fifteen-year-old girl gets raped in the street by a serial killer and is impregnated, it’s God’s will for her to keep it?
I’m getting ahead of myself, the argument becomes cyclical at this point…but truly, I do see merit in religion. It may not be for me personally, but I do see it as an opportunity to bring light and hope into peoples lives, but this message to me gives the same hope to its believers as the lottery does to the superstitious.

It fortuned out of thickest wood
A ramping Lyon rushed suddainly,
Hunting full greedie after salvage blood:
Soone as the royall virgin he did spy,
With gaping mouth at her ran greedily
To haue attonce deuour’d her tender corse:
But to the pray when as he drew more ny,
his bloudie rage asswaged with remorse,
And with the sight amazd, forgat his furious forse.
(Book 1, Canto III, 5)

“Truth, in fact, demands a precision, and Passion, a homeliness (the truly passionate will comprehend me), which are absolutely antagonistic to that Beauty which, I maintain, is the excitement or pleasurable elevation of the soul.” – Poe, The Philosophy of Composition

AMANDA LEHMAN-CHOI
Create a free website or blog at WordPress.com.